Michael played two seasons in the Czech Extraliga for Rabat Kladno before being selected tenth overall in the 2006 NHL Entry Draft by the Florida Panthers.

While playing in Kladno, he was nicknamed "The Baby Jágr" due to his similar playing style and appearance to Jaromir Jagr who also played for Kladno earlier in his career. To add to his overwhelming resemblance Michael (who cites Jágr as his role model), wore #68 at the Panthers' rookie camp.

Beginning in the 2006–07 season, Michael began his North American career playing at the junior ice hockey#Major junior level for the Rimouski Océanic of the Quebec Major Junior Hockey League (QMJHL).

Michael made his NHL debut for Florida during the 2008–09 season, in which he finished with 21 goals and 24 assists for 45 points in 79 games played.

During his third season with the Panthers, he was traded to the Chicago Blackhawks, along with goaltender Alexander Salak in exchange for Jack Skille, Hugh Jessiman and David Pacan on February 9, 2011. He scored his first goal as a Blackhawk on March 2, 2011 against the Calgary Flames.

On April 24, 2011, he scored the first Stanley Cup playoff penalty shot in Blackhawks history against goaltender Cory Schneider of the Vancouver Canucks in Game 6 of the Western Conference Quarterfinals.

On July 15, 2011, Michael signed a three-year contract extension with the Blackhawks at an annual average value at $2.333 million.

During the 2012–13 NHL lockout, he played for Piráti Chomutov in his native Czech Republic.

On May 27, 2013, during the 2013 Stanley Cup Playoffs, he scored the second post-season penalty shot goal of his career against Jimmy Howard of the Detroit Red Wings, becoming the first player in NHL history to score more than one career penalty shot goal in the post-season.

Michael ultimately scored ten points in the playoffs en route to the Blackhawks' Stanley Cup victory over the Boston Bruins in six games.

In the subsequent off-season, on June 30, 2013, he was traded to the Winnipeg Jets in exchange for a third- and fifth-round pick at the 2013 NHL Entry Draft.

In the 2013–14 season opener on October 2, 2013 at the Rexall Place against the Edmonton Oilers, Michael scored twice in a 5–4 Winnipeg win.

On July 29, 2014, he and the Jets agreed on a one-year, $3.3 million contract. He finished with 19 goals and 23 assists on in the regular season, but he was held pointless during the Jets' four-game sweep at the hands of the Anaheim Ducks in the 2015 Stanley Cup Playoffs.

On July 1, 2015, Michael (as an unrestricted free agent) signed a five-year, $21 million contract with the Calgary Flames at an annual average value of $4.3 million. 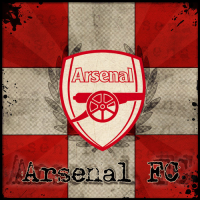 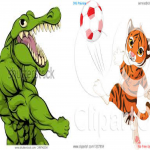