Tage Thompson (born Tage Nathaniel Thompson on October 30, 1997) is an American professional ice hockey center who is currently playing for the Buffalo Sabres of the National Hockey League (NHL). He has formerly played for the St. Louis Blues of the NHL.

After playing in the U.S. National Development Team in the United States Hockey League, Tage embarked on a collegiate career with the Connecticut in the Hockey East conference.

In the 2016–17 season, and after his selection by the Blues in the draft, Tage appeared in 34 games with the Huskies as a sophomore. He missed two games while participating with Team USA in the IIHF World Junior U20 Championship in Canada which resulted in him earning his second Gold Medal.

After the completion of the Huskies season, Tage opted to conclude his collegiate career and signed a three-year, entry-level contract with the St. Louis Blues on March 7, 2017.

Tage immediately joined the Blues affiliate, the Chicago Wolves of the AHL, on an amateur try-out contract for the remainder of the 2016–17 season.

On October 4, 2017, he made his NHL debut in the Blues' first game of the 2017–18 season against the Pittsburgh Penguins but didn't score any goals.

On July 1, 2018, Thompson, Vladimir Sobotka, Patrik Berglund, a 2019 first round pick and a 2021 second round draft pick was traded to the Buffalo Sabres in exchange for Ryan O'Reilly. Unfortunately, the next playoff year his former team won the Stanley Cup and the Sabres didn't make the playoffs.

Tage was born in Glendale, Arizona and has lived across the US, attending eleven different schools before accelerating his graduation from Pioneer High School in Ann Arbor, Michigan after his junior year at the University of Connecticut's request.

His father, Brent Thompson was a former NHL player and is currently the head coach for the Bridgeport Sound Tigers.

His brother, Tyce attended Providence college and, currently plays for the Utica Comets of the AHL. 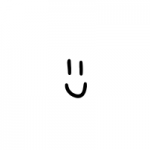